Hello members, I just released a new node that I was working on for maybe a bit too long, but finally, it is here.

icmp listen
This node is used for listening for ICMP packages on the device. So if for example, we ping the device that is running node-red as shown:

We can see the resulting output in the node-red from the 'ICMP listen' node: 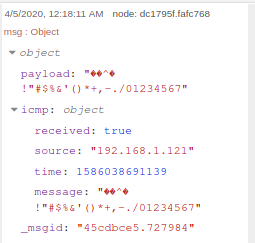 Payload (or msg.icmp.message) output can be configured in the node settings: 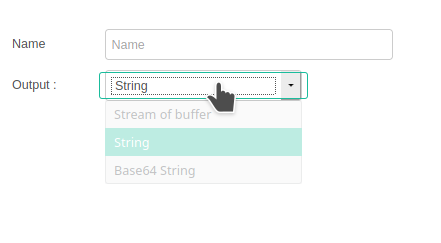 NOTE!
When pinging the localhost (or the external device IP e.g 192.168.1.110) where 'icmp listen' is running you will get two identical results from the node...

I will try to explain it in several steps, as I couldn`t find any information about this(imagine it like sending an SMS to the same phone, you will have two same messages, one that is sent and another one that is received):

icmp send
This node is used for sending the ICMP package. The msg.payload (old .topic) can contain a string you want to send, while msg.address can contain an IP address or a domain name
The output is similar as of the listen node : 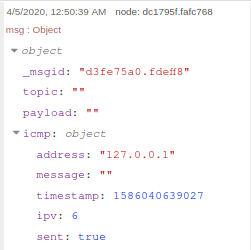 There is more work on this node that will be done, but I wanted to hear some community thoughts on work done so far.
So I would be really grateful on hearing your opinions on the nodes itself, my code and etc.
In the meantime, I will add develop other functions to mine other (CO*ID-19) node.

Interesting node, will have a play.
Why is the ICMP.message property a duplicate of the payload ?

Well honestly wanted to keep it similar to the TCP node, and wanted the ICMP to contain all of the date, no matter of the duplicate