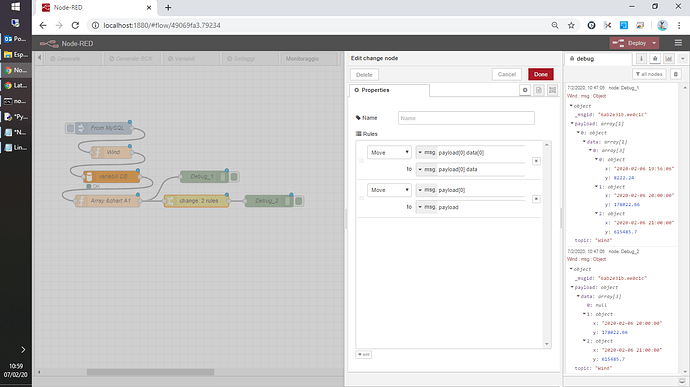 I think this is getting a little confused because you want the node to implicitly change payload from an Array to an Object. With the rules you are using, it doesn't know that, so it is reusing the existing property - which is an array.

To do the change you want, I'd do it like this: 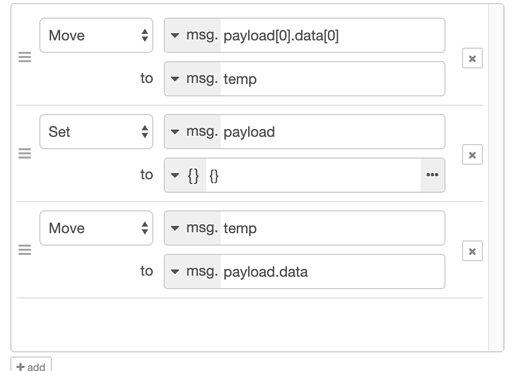 Now I undestand it. really thanks a lot for your support

FYI, another way to "restructure" the payload (from an array of arrays to an object with a data field) is to use a change node with the Jsonata expression {"data": payload[0].data[0]}

Although these expressions can be a bit complicated to understand, I like to use them for these situations since they do not throw exceptions if there is a missing level of the expression path in the incoming payload. For example, if for some reason the payload were an object (instead of an array), referencing msg.payload[0].data[0] in a JS function would throw an exception -- but the expression above would return an empty object.