At the moment, I am using a Shelly TRV to control the flow of water to our Living Room Radiator where we need the best comfort. During a discussion regarding the Shelly TRV, it has become apparent that the extra features available on the TRV, along with the 'heavy lifting' already available from Node-RED, this may be overkill for what is really required. Don't get me wrong, the TRV has it's place in the system, but for the main Radiator(s), the Dumb Valve and Boiler control are easily co-ordinated with NR and an external (to Valve) Temperature Sensor.

What would be useful is a Radiator Valve that is driven by a battery (no power cable visible) and that will communicate with NR using MQTT so that it can be shut or opened and possibly with positional control.

I know the question has been asked before, but what is needed i something that 'looks good' as they will be on show.

Some valves appear to be available, but they seem to be tied up with some form of cloud service, which is OK while you can communicate with the service (or it still exists), or a hub from a manufacturer with a specific protocol required.

Doesn't the TRV exactly do what you want ?

A thermostatic valve works by regulating the water flow, it does this by pushing in a pin.
This pin is the valve opening (%) pin all the way in = 100, pin pushed all the way out = 0 (mapped in reverse internally)

Internally it operates within a temperature range, in case of the Shelly TRV this is 0-30 as working temp, and 5-30 as controllable temp.

Set the desired temperature to 20, the valve opening will be 60%.
Once it reads its internal/external temperature sensor hitting or near 20, it will close down the valve partly using PID.

The shelly API lets you control all of these aspects - using temperature or valve position.

The link you provided (my own little project) is not using a thermostatic valve (it is purely a open/close knob, requires a strong torque motor).

Yes, it does what I need, but because of the way my system is plumbed (separately driven Diverter Valves and Boiler), the Shelly is overkill. Just looking to see if someone has come across such a device. I do like your project, but it is just too big for where it needs, and I can't put it under the concrete floor.

The Shelly can do just about everything needed of a TRV, but in trying to extend battery lifetime (I am just lazy), communication needs to be kept to a minimum. In developing a NR Flow, NR is doing all of the processing for the Living Room, Diverter Valve and Boiler, and the Shelly is just being used as a Water Control Valve (On/Off) using MQTT with the API. (I have >20 devices that utilise Tasmota, Shelly and even a couple of Homebrew Controllers using their API's and MQTT or http calls)

In my experience of using many styles of solenoids, they do tend to clunk on change of state and can be intrusive, the Shelly can be heard, but at an acceptable level. Any device connected direct to metal pipes containing water tends to have it's noise transmitted through that system to a lesser or greater degree.

The Shelly TRV is expensive and prevents many people using them. I have kind of already accepted that the Shelly TRV is going to be my only choice, but then there may be alternatives available.

The object of this thread is as the title says in the hope of reducing some costs.

Set the desired temperature to 20, the valve opening will be 60%.

However, as far as I can tell, the TRV can also be used as a 'dumb' valve by sending a 'valve_pos' value, as described in the documentation. I can't test this for you, because I don't have a TRV.

There is much more to it than that.

Is there ? what else does it need to do than previous value(s) and current value and pid using that.

this is always true when it is below

the valve will gradually close.

but in trying to extend battery lifetime

What about the heating cost itself ? Can you do better PID than these things ?

For clarification, I already have a Shelly TRV installed on my system and also a spare that I can practise on.

MQTT and http calls have both been used. Some calls using http cannot be transferred to MQTT, but then the Shelly Documentation needs updating.

Yes, but every time you have to interact with the TRV, you need to set up a Communication link, WiFi? Zigbee? (Yes, I know more efficient) they both have an overhead to start the link.

Remember, I need to co-ordinate the Boiler and Diverter Valve (System Boiler with Hot Water Tank) with what is going on with the TRV using that route, no good having the boiler on if the Room doesn't need it and vice versa. I also want to be able to integrate the editing of CH and HW timings from the NR Dashboard.

Yes, but every time you have to interact with the TRV, you need to set up a Communication link, WiFi? Zigbee?

The zigbee link is always there, it is part of the protocol. Keepalives are sent regularly for polling (at minimum every 7.5s for battery powered devices).

trying to extend battery lifetime (..) and the Shelly is just being used as a Water Control Valve (On/Off)

Controlling your room temperature by constantly opening and closing the valve will definitely drain your batteries. Controlling via PID is better for battery lifetime, and results in a much more stable temperature and less noise.
The only alternative I can think of that is cheaper and open/close is not wireless.
In the end, I think the TRV is pretty good value for money.

Sorry to lighten the mood - but am I the only one thinking full-on cyber-punk here?!

A worm drive and chain system with every gear on show - maybe even a faux mini steam engine driving it all!!!

:lol - my idea of the ideal Valve!

However, I have to answer to a Higher Authority!

Hmm, I need to work on my Stable-Diffusion skills - not sure this will cut it: 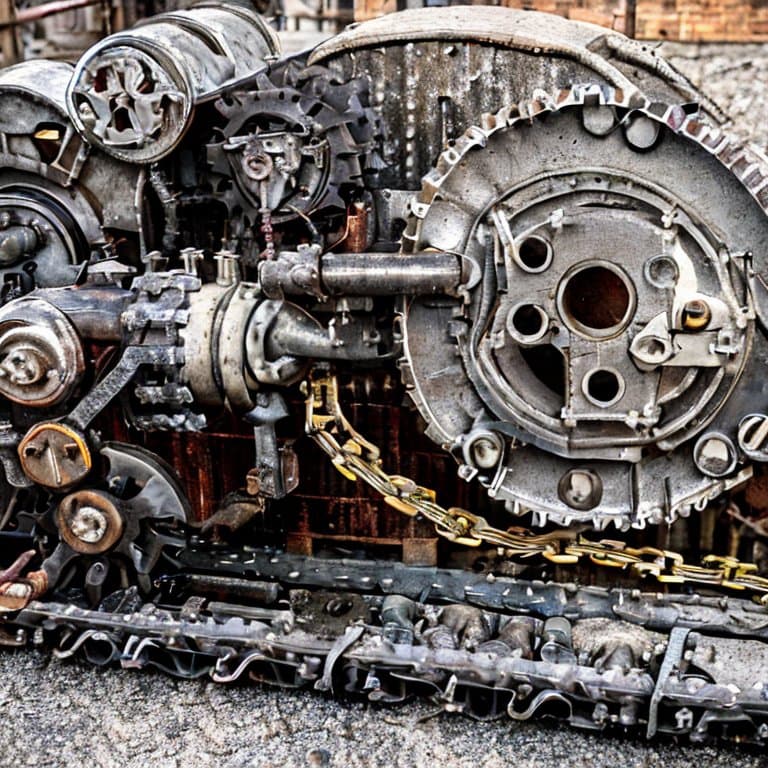 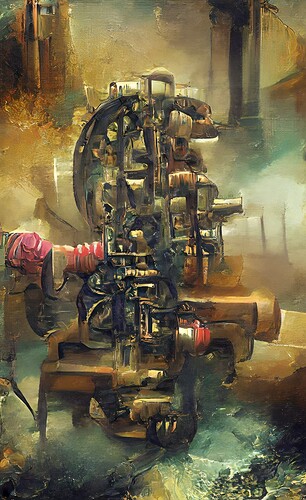 Or maybe this from Vis AI 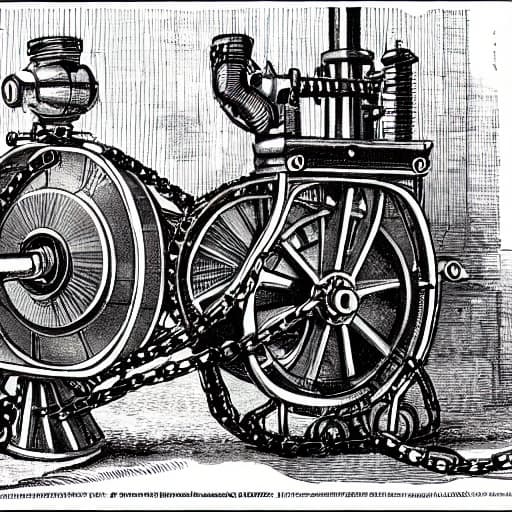 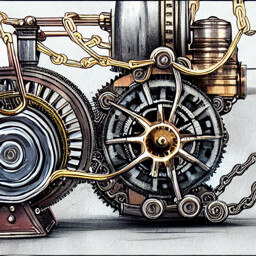 With all that water flowing through it, a small rechargeable battery charged by a little turbine in the flow should solve the battery life problem.

Until the summer - you probably need a mechanical battery (weight on a pulley) that you can use.

If the valve opens when the battery is too low, then when the pump comes on it will charge it up again straight away.

Battery + WiFi = crap battery life. Go down that dark road and it will lead to the dark side.

If and ESP device is overkill then give it four more jobs to do and it won't be overkill any more.