I may need to use a different node. I get that.

Dating back to when I started to use context, I didn't think think of this new problem.

Ok, here is a screen shot of what I have - with comments.

As is, I set the path. It is hard coded which I now see as a problem.
So I added the new line but don't know if a change node can facilitate what I am wanting to do. 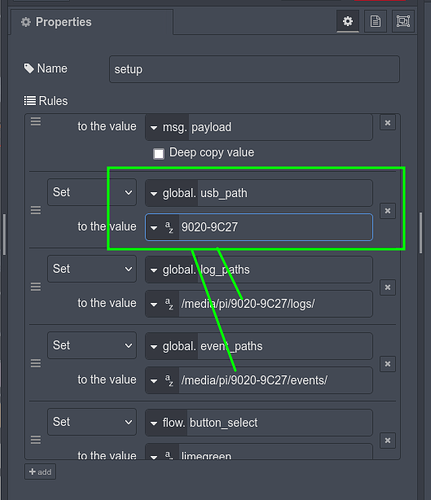 Or will have to use a template node then set the context after it?

it is not another node, it can be in the same change node, that you have shown.

To clarify @smanjunath211 - when you use a change node and set a new property, you can immediately use it from the lines that were defined above (really useful). (just like you can in a function node, as that is what happens "underwater")