Here is what I get 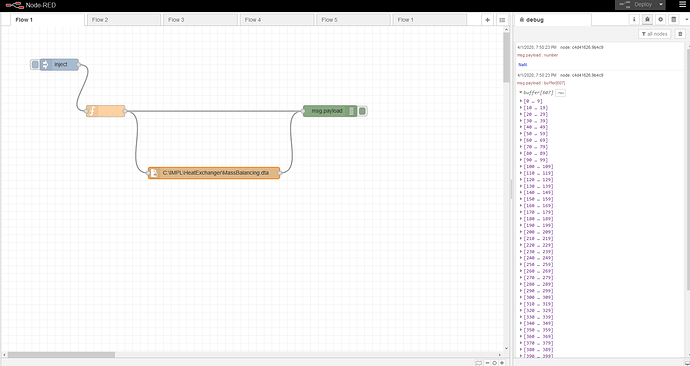 Show us how you have configured the file node.
On the debug is that last lines as I asked, or is there only one?

I thought you meant the function node connected to the debug node!

Feed the file node into a debug node and show us what the last few lines look like.

The data you are trying to interpret is coming out of the File node isn't it? What is the function node doing anyway?
Perhaps I don't understand what you are trying to do. I thought you were trying to read a file and extract the information from the data in the file.

what you are trying to do

So feed the output of the file node into a debug node and show us what you get. 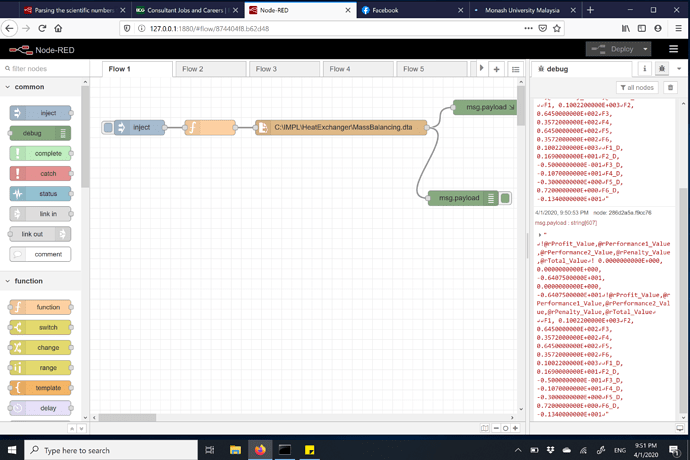 I think you've shown us the file contents enough times to see what you have got.

I assume you want to replace all such numbers including those in the first few lines?

If so, you can use the following Function node code:

This uses a regular expression to find all of the numbers and replaces them with the parsed version.

I have used the function node code you've suggested it gives the same scientific format for the numbers.
I can post the bitmap if you like.

Can you confirm where you put the Function node? A screenshot of your flow may help.

I think you've shown us the file contents enough times to see what you have got.

I was trying to go down the route of getting multiple lines, one msg per line, and then use a switch node to select the right line and go from there, rather than use a technique that will probably not be fully understood. 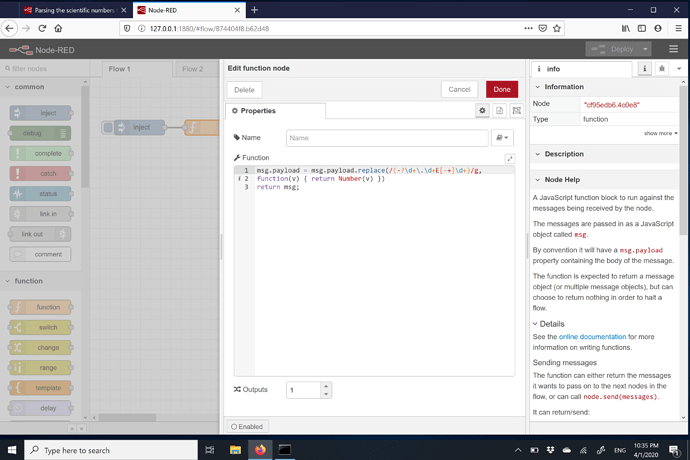 Also I believe the requirement is to extract just that one number and ignore the rest.

I believe you pressed "reply" too soon, before your computer finished uploading the image.

Also, please make it clear if you goal is to get the same text you have, just with the numbers replaced, or if you want to also access the individual values and do something else with them.

My Goal is to reformat

Yes, I have some bandwidth issues.

Does that mean you are injecting the text you want to handle from the Inject node directly?

Or is there still a File node later in the flow?

If the File node comes later in the flow, then how do you imagine the Function node is able to modify the contents if you have put it before the contents of the file is loaded?