Python Funcion is running, but it doesn't finish. 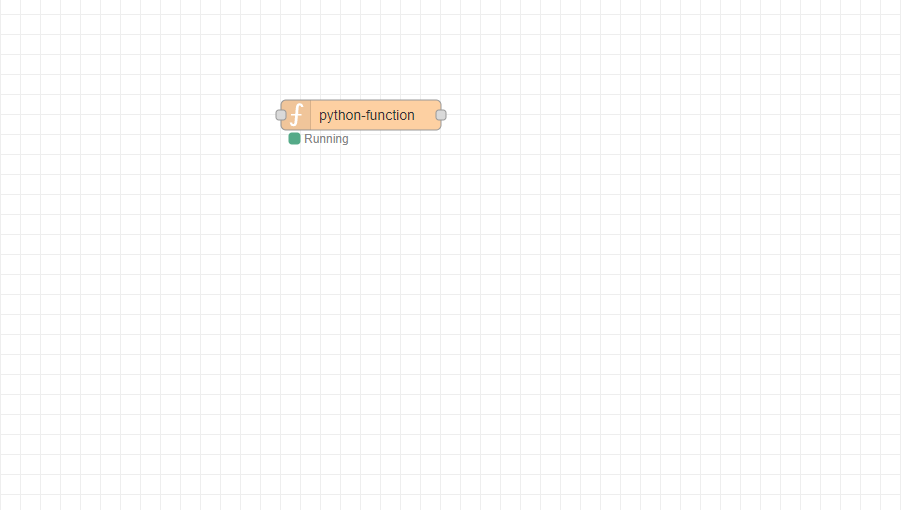 You'll need to give us a few more clues!

The function is empty, with only the default return msg. I don't know if you have to install something else for it to work.

A function node does nothing at all unless a message arrives at the input.
If the only code in it is return msg; then all it does is pass the msg from input to output.

So I conclude that your function is not actually running.
Do you have any code in the "On Start" and "On Stop" tabs?

I think the python-function does'n have guides "On Start" and "On Stop". 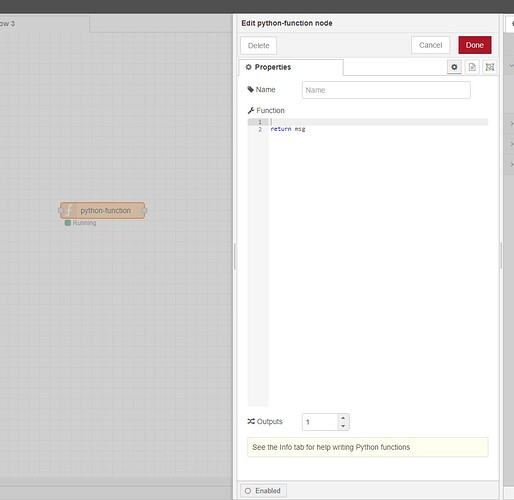 To get that to do anything you have to pass it a message.

You don't need to set up a python environment for python-function to work?

The function is empty, with only the default return msg. I don't know if you have to install something else for it to work.

I don't think it is not finishing. You haven't asked it to start.

there is a tutorial Install python and create virtual environments directly from the node-red editor (flow) - Node-RED
about to create python environment for Node-RED. The second line doen't work on Windows because it uses the chmod command. Command is only a linux command.