I really like the Ctrl + Shift + D shortcut to open the dashboard. Would be nice if this could be customized with a specific Link

I was also looking for a shortcut from editor to open FlexDash dashboard in similar way..
some shortcut to open this link from my editor http://localhost:1882/flexdash

Exactly. But maybe it's easier/faster to ask @tve to implement a shortcut for us

However, I thought it would be better to have a general solution so other components such as uibuilder, http request etc. could be "supported" as well.

v6.1 is the next release of uibuilder and it adds a Open and Docs buttons to the top of the Editor node panel: 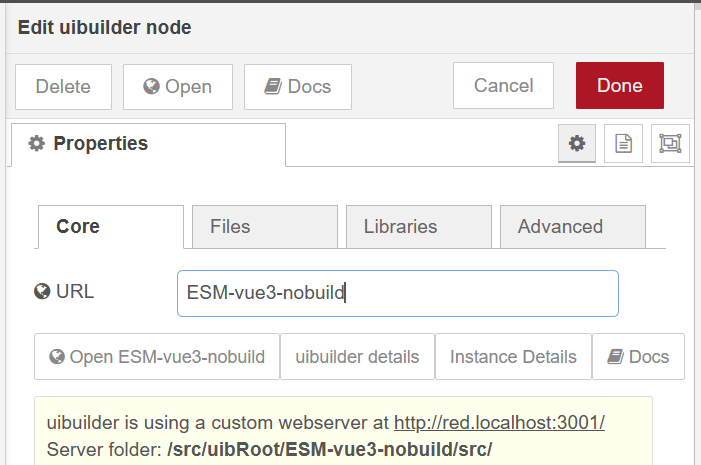 Not quite what you are asking for of course. But you've prompted me to add something to my backlog to look at the possibility of an action that would be available when a uibuilder node is selected that would open the web page.

Let me know if there are other conveniences you'd like to see in uibuilder.