GET endpoint for aws4 signature Function works for everything except POST

I have an API endpoint set up via node-red for the aws4 signature generator and it works for everything except POST requests. The response from AWS leads me to believe that the aws4 is not getting the body text passed into it correctly (maybe): 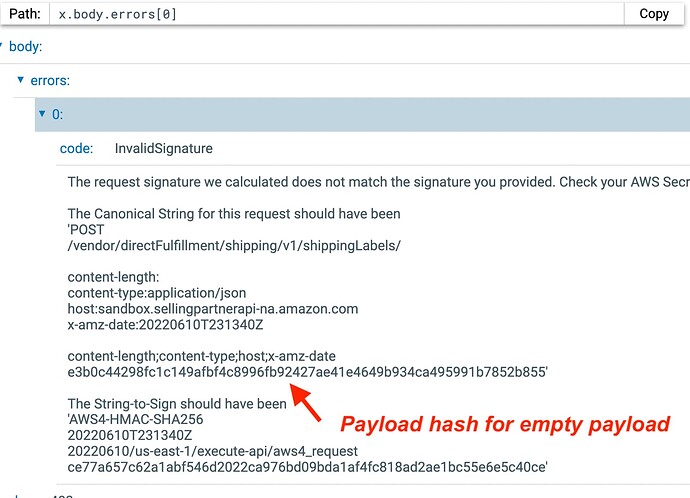 POST AWS Signature Error1604×1158 114 KB
I don't know why AWS would say "Hey, I was expecting an unhashed payload here!" when I'm clearly sending one with my request.

I would bet that I'm just missing something important that's keeping it from functioning. I'm passing in all of the data as Queries since it's a GET endpoint: 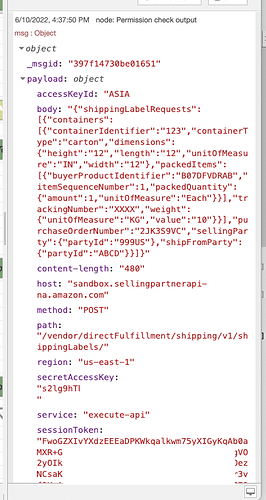 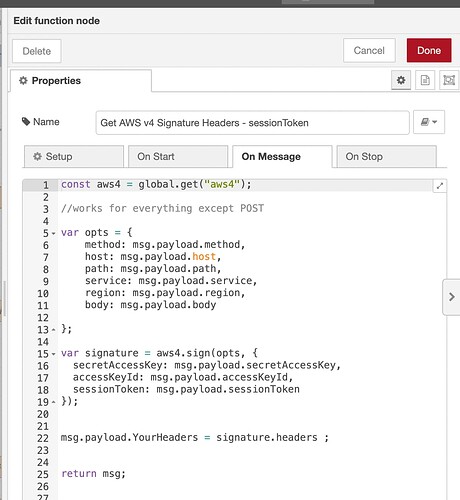 Is it possible that I need to do something involving the JSON converter node? I've only been using node-red for a couple of weeks, so it is entirely possible that I'm missing something very, very basic. This exact request works perfectly in Postman, so it's not an access issue.

The above response from AWS is incorrect. A script branched incorrectly, so I wasn't actually POSTing any data. Once I fixed that, AWS is now completely denying access.

It still works perfectly for GET and DELETE.