I'd love to do the following without restarting Node-RED server:

I want user to simply reload the Node-RED page in the web browser to have all these up to date.

#3 seems doable:
With JS, I imagine dynamic behaviours can be achieved through some dependency injection tricks, but not sure if I can change certain things such as a node's name, colour, or its editor layout without restarting node-red.

Are there any standard facilities or best practice regarding this with Node-RED?

I want user to simply reload the Node-RED page in the web browser to have all these up to date.

For example, this make little sense by itself. I mean what is it you expect? For contrib nodes to be automatically updated because the user refreshed their browser? How do you expect the runtime (where nodes run - server side) to be instructed that an update is needed?
I am certain you know what you want/need but it isnt 100% clear to me.

I'd love to do the following without restarting Node-RED server:

Already possible via palette manager and API however a restart of the runtime is required to fully unload the module from memory.

Updating a node's behaviours and appearances

Your own node? Other or CORE nodes? What do you mean?

NOTE: As you posted in #creating-nodes - I have assumed you are creating a contrib node-red node?

@Steve-Mcl I was talking about my own custom nodes exclusively.
Those nodes are used internally and will not be published.
Sorry for the confusion.

Thanks for the tip about the palette. I'll take a look.

Here is such an example using another node-red to host the catalog: Serving my own catalog via Node-RED - #11 by shrickus

using another node-red to host the catalog

Hah, in fact I was using the same node-red instance to limit itself... I just love how customizable node-red is!

I too have a question about restarting or “reloading” Node-RED; possible from the API?

Use case:
I have a node that syncs functions and templates for use with an external editor; in the latter part it alters the flow file and currently instructs users to “restart node red to see changes take effect”. 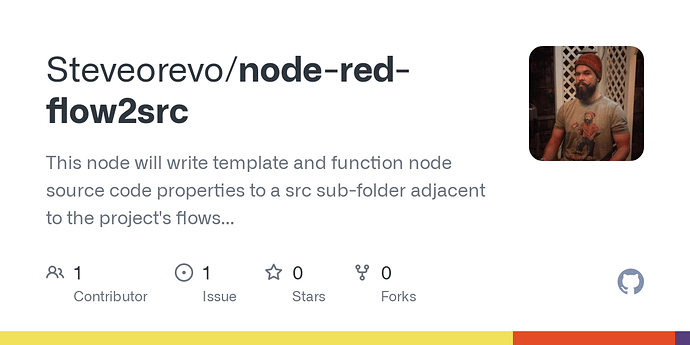 GitHub - Steveorevo/node-red-flow2src: This node will write template and...

This node will write template and function node source code properties to a src sub-folder adjacent to the project's flows file; allowing for easy editing in external editors. - GitHub - Steveo...

Another use case with hack:
I created a project for creating nodes and when alterations are made refreshing the browser is trivial; but restarting Node-RED is essential to pickup changes to node_modules. This is probably too low-level as it’s more than just altering nodes and deploying. To accomplish this, it uses an exec. shell to re-start Node-RED but this requires that it knows where Node-RED is and is aware of the prior PID. It’s complicated and not FlowForge compatible but its target is lower level Node devs anyways. 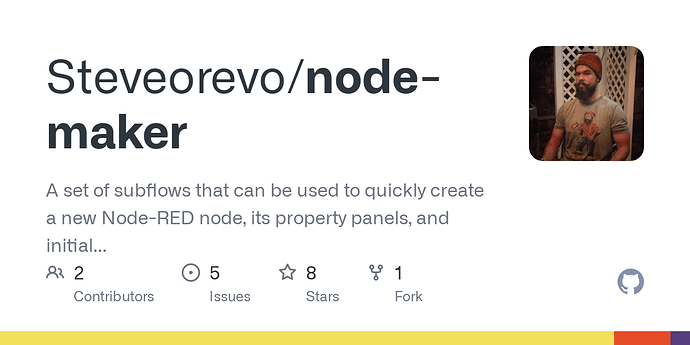 GitHub - Steveorevo/node-maker: A set of subflows that can be used to quickly...

Perhaps just for flow2src, is there anyway to invoke reloading a project’s flow file from the API?

Perhaps just for flow2src, is there anyway to invoke reloading a project’s flow file from the API?

It isn't clear to me from the docs what one provides in the request body for the reload action.

An empty body is sufficient