Hello, I've been looking to measure the amount of memory, CPU cycles, and time used by a few different flows and nodes. I've taken a look at a number of posts on the forum, but have run into a few issues:

Some of the other threads on Elastic/APM are from at least a year ago so I'm hoping someone might have some updates in that time. My plan is to use hooks to filter only events I'm interested in (Messaging Hooks : Node-RED), but I'm unsure of the best way to measure the metrics I'm after so I have some questions:

That is a bunch of (good) questions. I am afraid I won't have a ready to go answer. Otherwise I would have implemented it myself already as a Node-RED contribution...

But I will try to give as much feedback as possible, and hopefully it can be of any help to you:

Since you had already done your homework before you started this discussion, I am not sure whether my above explanation offers much new knowledge to you ...

The output is a flame chart. I don't think I have ever had a look whether it is possible to calculate the sum of all the memory consumed by a specific node. So not sure whether that would be possible. Don't know this.

@jackcarey,
I had a quick look at the code of the ClinicJs heap profiler, and it might be that I found something interesting. I need to investigate in depth to make sure it is not a dead end...

Awesome, thanks Bart! I'll take a look through your links now and digest them. I tried using your node-red-contrib-process-resources, set to poll as frequently as possible while my other nodes are executing. This way I can output everything to a JSON file to analyze at least my whole NodeJS instance. Next will be using v8-cpu-profiler alongside heap-dump.

I think Elastic/OpenTelemetry could ultimately be the way forward for individual function/node tracing, but their set-up doesn't seem to fit with the straightforward, low-code ethos of NodeRED!

Have you looked at the Prometheus exporter:
https://flows.nodered.org/node/node-red-contrib-prometheus-exporter

You can place the node in your flow without any other connections and it will export quite a few stats including cpu and memory.

If you don't use Prometheus, you can still use http to grab the metrics and translate them to whatever format is useful. Or you can use the source as a reference on how to access the stats.

We are using node-red inside Kubernetes, so the prometheus exporter works quite well. And there are some prebuilt Grafana dashboards for node.js that can be used.

I've tried it and got the /metrics endpoint working, but is there a way with the node to send those metrics to a Prometheus server instance?

I had a quick look at the code of the ClinicJs heap profiler, and it might be that I found something interesting. I need to investigate in depth to make sure it is not a dead end.

@jackcarey,
Unfortunately a dead end, since I have no free time anymore lately to digg further into stuff like this...

To implement memory profiling in Node-RED, you will need somebody with both a lot of time and a lot of Node-RED core knowledge. Otherwise it will never happen...

Anyway I will explain shortly what I tried. If somebody pops up to help, then I might spend some other time on this. And otherwise you could use it to start troubleshooting your memory usage manually:

Summarized I see a number of issues:

BTW I quickly implented an experimental node to start/stop a sampling memory profile:

I won't add it to Github, because I copied the code from the ClinicJs guys to parse the heap profile file. If somebody ever wants to continue with this, the code needs to be rewritten. Or at least ask the ClinicJs guys how you can reuse their code without violating their copyright!

This experimental node (which contains a hardcoded path /home/pi/.node-red for the heap profile file) does not send anything yet on its output, but it prints to the console all memory being used by functions with "node:" in their name. So it showed me this for the function node:

So unless somebody joins this development, it is case closed for me...
Bart

I'm no expert at all here. But in developing uibuilder, I wanted to know whether changes I made were going to impact memory utilisation.

So I added a very simplistic V8 heap dump. Once in settings.js to get a baseline then at various points in the node's code, I output the same again. Obviously that was a very rough guide but it gave an indication anyway. You could obviously also use this in your flows.

In case it is of use, here is the code:

I managed to get OpenTelemetry integrated using the links below and I've got something of an output in Jaeger, however, the examples are only monitoring HTTP requests, so I need to find an instrumentation that can take CPU and memory measurements. I'll update this post once I have more information.

I think Bart's excellent write-up will be the way to go if I cannot find the instrumentation.

It looks like Prometheus is the way to go for getting metrics out using OpenTelemetry, so thanks for the recommendation for this node! It's saved me from manually adding the performance metrics. I don't suppose you know of a way to export the Prometheus data to something like a CSV, spreadsheet, or JSON file?

actually should be pretty easy (famous last words :-). Just create a flow that periodically does a get on the exporter endpoint and save the data to a csv... your flow can filter for only the metrics you are interested in.

Depending on how you have node-red configured, the metrics are available at http://localhost:1880/metrics

This is the top of the metrics that are returned:

I tried using the Prometheus server with the web GUI to poll the NodeRed /metrics endpoint every couple of milliseconds. Not an efficient approach admittedly, but it looks like it'll give me enough resolution for what I need. When my testing is complete and Prometheus has all of the data I think I'll be able to create a flow that replicates a Python script I've seen (Export data from Prometheus to CSV | by Aneesh Puttur | Medium) to retrieve the data in a more digestible JSON form rather than the original TSDB.

I've taken a look at Grafana and I am struggling with it, to be honest. I can plot some data, but I am unsure how I could track the "execution windows" of the blocks I'm interested in and plot stats for those. I made a post on the Grafana forum to this effect: 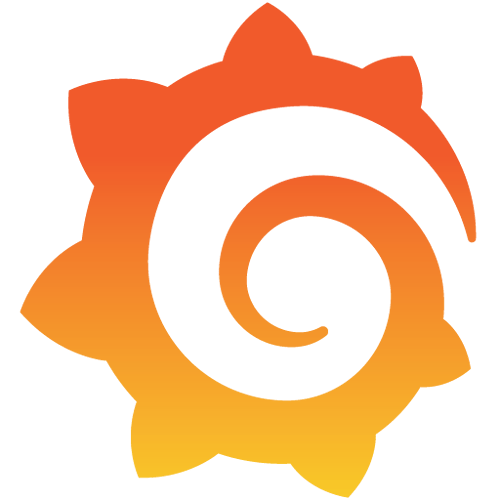 How can I group Prometheus metrics based on dynamic time windows?

Hello, I’m new to Grafana so bare with me while I explain this as I think it’s a complicated ask. What Grafana version and what operating system are you using? 9.2.4 What are you trying to achieve? I am recording the CPU and memory usage...

I'm using Messaging Hooks : Node-RED to log the start and end times of each node execution I'm interested in and the idea is that I can group CPU and memory metrics based on each start time and the next nearest end time. Such that from that I can pull out stats from each grouping or from each type of node I am monitoring. Does that make sense? Do you know of any example dashboards or methods I can look at to create these execution windows? Thanks