I've searched the WWW for a solution but have yet to come upon something that is working or similar to my needs.

The project I am working on is a light controller GUI. The setup consists of ESP8266 devices which upon boot will register themselves to a Python HTTP Server hosted by Flask where they will be stored as objects in a dictionary. A 2nd server is running the node-red application serving as GUI.

Upon loading the homepage buttons are dynamically generated as so: 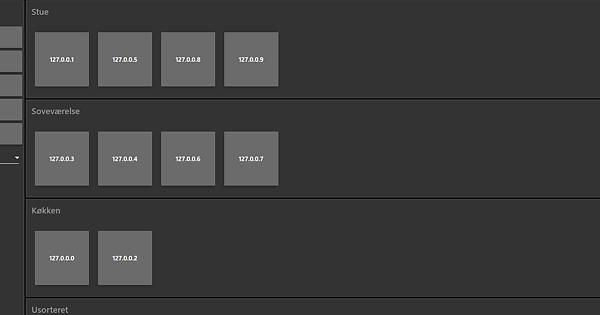 Upon clicking one of the buttons the UI control redirects to a 2nd tab hosting a control panel. 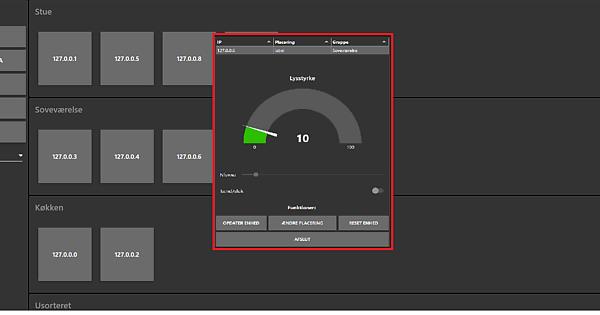 Any leads as to how I can achieve the before mentioned output will be greatly appreciated.

Have a great day!

The setup consists of ESP8266 devices which upon boot will register themselves to a Python HTTP Server hosted by Flask where they will be stored as objects in a dictionary.

Why? Why not just use node-red which is already a web server and can very simply store a collection of data like that?

Better still would be to use as a message broker which will happily keep a record of all of your devices. as in this example:

What I'd like to achieve is having the control panel loaded as an "embedded tab" just like the notification dialog appears in the middle of the screen display.

You are really twisting Dashboard to do something it isn't designed to. It is probably possible but expect a world of pain getting there.

In theory you could move the whole "card" out of the dom and put it back as a dialog box (a div with absolute positionimg and with a z layer above everything else. But to do anything, you will need to fight with Angular v1 which is the framework that Dashboard uses.