Would a wemo insight have to be polled to act on energy usage changes?

...or does a wemo insight node instance on a flow continuously stream usage information?

I'm trying to decide between getting a wemo insight versus another Sonoff S31 15A. The Sonoff (flashed with tasmota) can reach out to my node-red instance when a usage threshold is crossed, but I'm not very good at soldering and besides, the reaction time is slow (3s) and I wanted to try something else. The Wemo insight might be worth a try. I don't like having to poll, but if it could detect usage changes in under a second, it would be better. And I just would like to know what's involved.

Don't know about the Wemo Insight node, but if you are currently using Sonoff/Tasmota, you can send Status from Sonoff over MQTT at a set period.

Conveniently for your case, once MQTT is set up (the Mosquitto MQTT Server can run on same machine as Node-RED - assuming RPi, it will also send MQTT data on Status changes.

Open two Web Browsers and access the Tasmota device on both, get Tasmota Main Menu in one and Tasmota Console page in the other, Toggle output and see status change in the Console.

Someone always comments about MQTT. The webhook is perfectly adequate and only sends when the threshold is crossed. The slowness isn't something that can be solved via MQTT. I debugged the slowness with the Tasmota developers. It's a limitation of the hardware, which does averaging over a 3 second window. I analyzed the log output at length and the data is simply not there to trigger the automations any faster.

The wemo insight node does not poll, it subscribes to events from the device

I cant answer regarding the "insight" but maybe you would consider the Shelly 1PM? 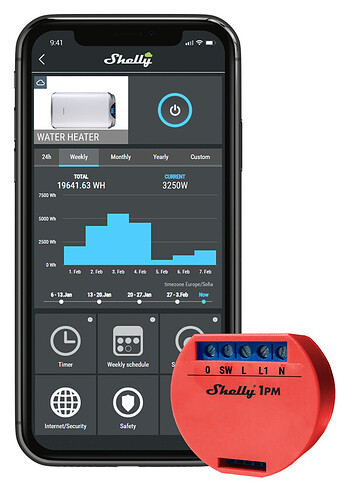 It does web hooks, MQTT and alexa/google automation. 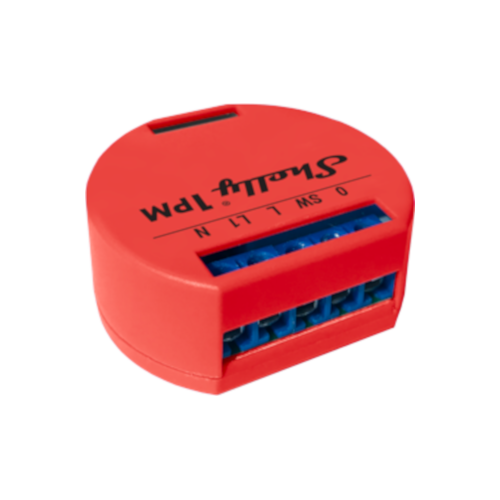 Yeah, I plan to get a few Shelly's. I currently have 2 Sonoff Mini RM2's in 2 switches, but they failed the electrical inspection for my bathroom remodel because they're not UL certified (whereas shelly's are UL certified). But you're right, that is a more appropriate solution. My tinkering with the energy-based triggers is mainly for fun, though there is a certain degree of added versatility of an outlet solution, especially when you have a wife that refuses to use a phone or Siri to turn things on/off, or if you have a pure vintage aesthetic.

Regarding the insight, I chatted with a wemo support person yesterday. I was surprised that they offered feedback that they asserted was how it would work with none-red-node-wemo. They essentially said that you can set a wattage threshold as low as 2W and that when the device detects usage crossing that threshold, it would report that in the same way that their motion sensor does (via Apple's homekit standard), so I would expect that the wemo node in a flow should send a json event at that specific time.

Incidentally, I recently also bought a "ConnectSense Smart Outlet 2". It was really difficult setting it up, and the app is very buggy, but I eventually figured out how to create a rule to trigger automations based on wattage changes, but you can only set 12W intervals as thresholds, so it doesn't work for energy efficient devices (as does the Sonoff S31 15A).

I've tested out 1 other such energy-usage-triggered-automations device: a Currant brand smart plug. It was slick, and faster than the Sonoff in reaction time, but it only worked inside the Samsung smart things ecosystem and I could not figure out how to integrate it into my system. Steep learning curve. Their support was really good however. It initially had a delay of around a minute to respond to changes, but it turned out my device had a bad memory(/disk?) spot that happened to interrupt the quick detection software. Their firmware wasn't originally written to wourk around a bad spot like that, and my report triggered them to issue a firmware update and they said that it actually fixed a dozen or so user's devices. Fun stuff.

BTW, do you insert 14 gauge wire right into the shelly, or do you splice in a higher gauge wire? I had a heck of a time with getting the wires to stay in those tiny receptacles in my Sonoffs, one of which was threaded 12-gauge wire. I imagine the issue would be the same with this shelly.