A feature of some DSP software is the ability to select a vertical group of outputs on a DSP object, drag the group onto a set of inputs of another dsp object's inputs (the inverse can also be true), and the DSP software 'wires' the complete set automatically with a single operation.

Though I understand nodes are limited to a single input, I present the case for example, where the outputs of a switch node need to be wired to the inputs of a stack of link out nodes.

Perhaps some user configuration fields would (1) provide the ability to select whether the target nodes must all be of the same type, and (2) to account for target nodes that may not be perfectly aligned vertically, i.e. by providing a means to adjust the 'capture' window of matching X coordinates. 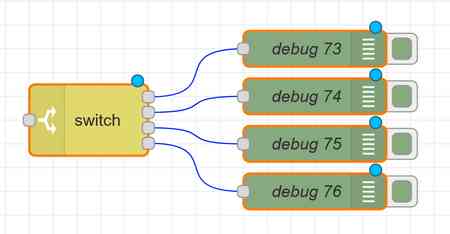 I didn't know, appreciate the tip.