Boilero - another yet smart boiler

Here's good thing to do at home in isolation 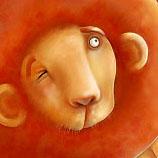 Look into modules. Ready to use smart home parts. Contribute to igrowing/esp8266_smart_home_ready development by creating an account on GitHub.

Node-RED UI is running on RasPI.
The Boiler controller made of PSU, ESP-12s module, BMP180, OLED display SSD1306, 3 buttons, some connectors, headers, and elecrtonic components.
The firmware based on Homie on top of Arduino-ESP8266 framework.

Constructive critics how to improve both the project and the documentation are welcome!
Thank you.