. However i really need some help.

I would like to use a 1602 display with my Raspberry via Node-RED. I've tried doing this with three libraries:

The first library didn't work at all for me, i did exactly the steps mentioned in the " Install Instructions:", but the node doesn't appear in my Node-RED nodes

The second library uses I²C Serial communication, and i used a 1602 display with a I²C module with it. I know that the hardware is OK because i can easily program it with C++ or Python. However, in Node Red the following happens

When I deploy the code everything seams fine. No erros appear. In the debug output the msg.payload of the first line is shown. But as i look in the Display two diferrent things happen

When i set the manufacture to "adafruit". The light of the display becomes very dark and nothing is written:

When i set the manufacture to "sainsmart" the opossite occur:

For the last library. I get two sorts of error. First when i send a string:

And also when i send a number:

The Display node is configured as following:

This is my first Topic so i apollogize for the long post; i tried to explain every thing that happened to me. Hope anyone has a clue. Thank you very much for your attention.

P.S. For the last library example i used another 16x2 Display (without the I²C module)

Can you prove it by putting your python example scrip on a python function node?

Or can you run the example code from an Exec node to get your self a little step closer?

Hello @Brew i can't thank you enough, this worked like a charm 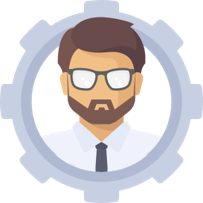