In the attached image, what do the two error messages in the version listing mean? 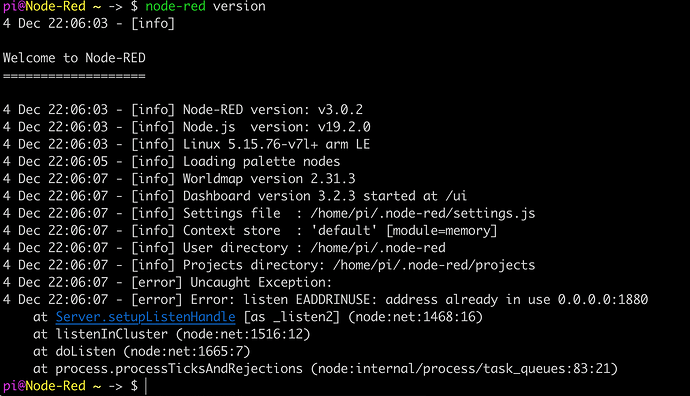 "address already in use" - something is already running on port 1880 (node-red).

The command you are trying: start node-red with a flow file called "version".

I don't think there is an option to see the actual version, other than at startup.

In particular the error is probably happening because node-red is already running. Stop node red before trying to start it again.

The version of node-red is shown at the beginning of its startup log anyway.