Improvement : Add the status of a Group in the ui control node

I would like to know the state of a Group (which has been authorized to be collapsed): for example to stop broadcasting the video from a camera, or a slideshow, or anything that uses bandwidth for nothing , if collapsed.

the ui control node could detect the opening or closing of the Group :

@dceejay Is it possible to have this ? 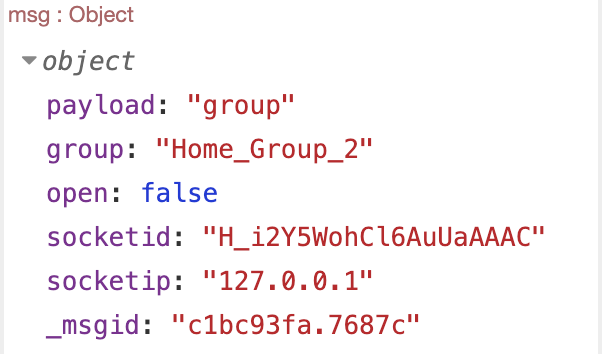 stop broadcasting the video from a camera, or a slideshow, or anything that uses bandwidth for nothing , if collapsed.

Hi Chris,
that is indeed a problem, which I also had a long time ago.

Question: Suppose you show the same dashboard on 2 devices. On one device the video is visible, and on the other device not. How do you determine to which device the images need to be pushed, and to which not? Based on the socketid's I assume?

P.S. At the time being I gave up on this, and I developed my node-red-contrib-multipart-stream-decoder node: it creates an mjpeg stream, so a client can pull the data from the flow (instead of the flow needs to push the data to the client through Node-REDs websocket channel). That way you could perhaps keep your flow more simple. Moreover when you push too much data through the websocket, your dashboard might start freezing ...

But if you have a working solution, please share it with us!

Hi Bart,
Currently, to read the RTSP stream from my cameras, I use (failing to find better) an exec node with your example (I don't have an MJPEG camera).

Indeed, what will happen if:

In what state will the video of the camera be?

However, I think adding the open and group objects in the ui control output, is interesting and can in many cases help as suggested by @dceejay.

Now in master branch if you want to play