after that I can only start Node-RED with the --safe option or it crashes during startup.

I was so hoping it would run on the zero.

Want a issue or PR updating the documentation to let people know about this?

Sure. I don't think they build tensor flow binaries for arm6 so its never going to work.

Is this the tensor flow? 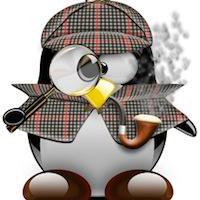 TensorFlow for Arm. Contribute to lhelontra/tensorflow-on-arm development by creating an account on GitHub.

Have a go and find out !

I would if I knew what I was needed to do. Any hints?

FYI I got your node running on a Pi3 to recognize people and want to use it in my "Wash your hands!' coronavirus project. I was hoping I could stick it on a Pi Zero to reduce the cost of building this for my pregnant daughter.

If I can't get it running, I'll just use a Pi3 but it would be nice to use the Pi Zero.

Well I'm using the tensorflowjs libraries. No idea how to replace the guts of that with those other ones.