Hi I'm a newbie. I saw a thread on node-red support to SHT3X Sensirion humi/temp sensors on Raspberry via I2C, but nothing was made available and I cannot find anything around. Any suggestion? Thanks in advance

The Pi GPIO is generally quite limited in a number of ways. Most of us put our sensors onto dedicated microprocessor platforms such as the Arduino or ESP8266/ESP32. They are so cheap, give better performance, can be networked so the sensor can be placed separately to the Pi and are less likely release magic smoke - and when they do, they are a lot cheaper to replace.

The ESP platforms are especially popular due to low cost and built-in WiFi networking. Also, they have useful pre-built firmware so that you can avoid having to programming them yourself. Though personally, though I loth C/C++, I still generally find it best in the end to do my own custom code. Anyway, things like Tasmota, ESPeasy and such are fairly easy to use.

Otherwise, there tends to be more Python support for sensors on the Pi and you can generally link up between Node-RED and a Python application.

Good choice of sensor though. It is my current favourite.

apart from @TotallyInformation's solution, which I also prefer, there is a method of loading drivers on the Pi called "Device Tree".
Using this method you can enable drivers for a lot of sensors connected to the Pi directly and then read the values from files in the system.

See this file on the Pi for further information:

For example, I am reading a BME180 pressure sensor from this file:

As @TotallyInformation wrote, it seems sensible to experience with ESP microcontrollers, but it still seems interesting to me if I can find a "local" solution, just for the fun of finding it at this point

It should be fairly easy to wrap this library into a node if someone needs an Xmas project. 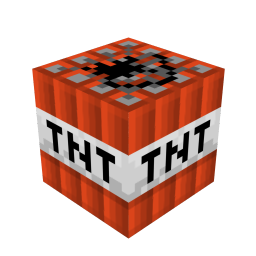 Dear all, in the end I solved the issue as @TotallyInformation suggested. Bought me a pack of three ESP8266, uploaded one of the several available sketches for Sensirion SHT3x sensors with the Arduino IDE and - bam - did the trick in no time. I will now use the Mega to connect all the easier stuff (digital, PWM, and, of course, analog ins), and these cute ESP micros for other things. Thanks everyone for the constructive suggestions though!