MQTT uses a subscribe method, you don't get a topic manually, you subscribe to the topic and when it changes, the mqtt-in node used to subscribe will trigger a new message.

thanks for the prompt reply. the messages coming from the device are very frequent. I don't want to spam the db. so I want to insert them into the Db after some interval. so I thought to use the inject

As @TotallyInformation said, MQTT uses a subscribe method, so messages arrive at whatever rate the source device is publishing them. You could use a 'message-rate-limiter' (an option in the Delay node) so a message is only passed-on in the flow at a certain rate after a certain time. 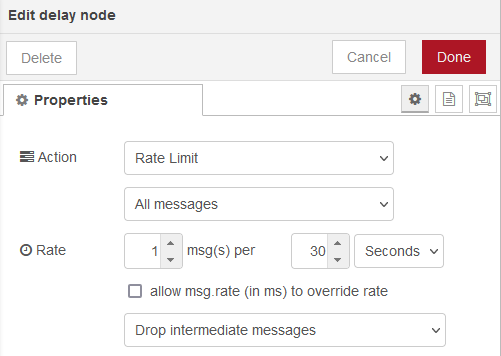