I have a script "getFiles.sh" containing the following:

I have tftp-hpa installed on Ubuntu 18.04 (running node-red snap).

When I run this script in a terminal as my user account it works fine.
When I call the script from an Exec node in node-red the pings work fine and then I get the following:

Any ideas would be appreciated..

There you have it. Only root user and members of root group have access to the command.

Change the group ownership to a more useful group like "wheel" and add the user you use to run Node-RED to that group.

Likely not the issue: if you’re running node-red within snap, have you checked that you have access to this command from within your snap container? Try which tftp in an exec node.

The goal of Snap is to run programs in an isolated environment, meaning the node-red install has no access to other programs installed on your machine, not by default at least. 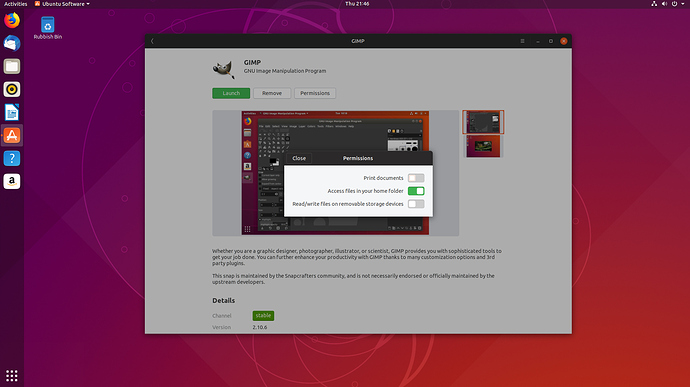 A guide to snap permissions and interfaces | Ubuntu

Snap is a Linux application package management system which allow developers to easily publish self contained software packages (snaps) that work across many distributions and versions of Linux. Snaps have security at their heart, and are designed to...

So which tftp in exec node fails.

I'm new to snap, when trying to fix the issue yesterday I set the permissions as follows. None of these seem to indicate access to other applications or /usr/bin. 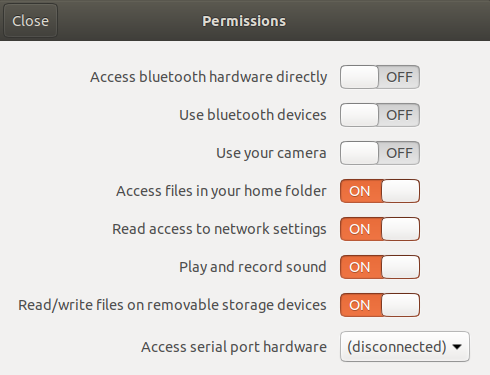 Node-red is being run by root user as far as I can tell. Therefore permissions should be acceptable.

Yes correct, that’s exactly what snap is for: running completely sandboxed applications that can only interact with the host system to interfaces. Security is the primary goal of that, so allowing access to /usr/bin on the host comes with risks.

Understood, is it possible to install tftp-hpa within that sandbox?

If not I have no choice but to allow access to /usr/bin.. assuming that's possible.

Or you could remove the snap and install node-red using the recommended install script, which works for a Pi and Ubuntu.

Fair enough - thank you for the link.