Thanks to everyone who tested the beta and provided feedback.

Full details of the release on the blog:

Find out more on the blog

The function node more and more weakens the need for creating a custom node.
I wonder if at some point it makes sense to have editor widgets like a simple checkbox or an input field configurable on the setup tab of the function node....

Hey i just had a chance to read the details and i’m amazed by how node-red is improving day by day! Huge thanks to all who contributed to the release!

Remember that many users are not fluent in programming. I am happy to see plugin system. Export view also looks cool!

This is very cool to see, and also very nice of you @dceejay to have updated this too for 1.3: 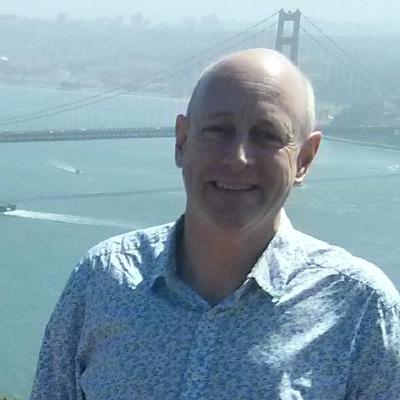 Electron Node-RED template. Contribute to dceejay/electron-node-red development by creating an account on GitHub.

Looking forward to see how well this npm integration works in function nodes.

note - the electron build is just a starter project - we (I) do not test in other than to check it builds and runs as is - Things like npm / projects / binary nodes may well need extra work to make work correctly - especially on other platforms. (And Pull requests to fix things gratefully accepted of course

I have just upgraded trivslly (the truly gret benefit of docker)

I must have done something silly but cant see it

This is the story of my life lol

Have you restarted node-red after editing settings.js?
Could you do a hard refresh of browser?
Could you check browser console for any oddities?

I think I seen something on this recently (for the beta) but cant for the life of me find the post.

thanks - closed the safari tabs and reloaded and all good. Slightly embarrassed

So I'm attempting a fresh setup with the Electron build and node-red 1.3:
I set functionExternalModules as true as needed in settings.
Ran via yarn start but I can't get the Setup tab in a Function node to reveal the Modules fields as expected for npm support.
I'm running on windows 10, yarn version 1.22.5, node version 14.5.1

EDIT:
I hit Ctrl + Shift + I to open console while on the Editor.
then put in console: RED.settings.functionExternalModules which returned false

So then i set it true manually with: RED.settings.functionExternalModules=true
reopened the test function node, and I could see the Modules field(s).

And as I suspected this poses issues with actually using npm as I'm getting errors when attempting to use it ("Error: Function node not allowed to load external modules")
... so I'll wait for a reply before attempting to go further with npm integration/support testing)

Not sure where I should go from here but I'd appreciate any help.

Really liking the new 'function node' features, especially being able to add external modules for use in the node

I've just tried using a few packages, and found it very easy to use, and has opened up a whole lot of new opportunities for me

I assume that removal of unused modules within externalModules is something that may be developed in the future, and until then we need to manually edit the externalModules package.json to remove the reference, delete the package, and restart node-RED.

OK, I'm a dummy. My "upgrade", using the debian buster script gave no errors but when I type "node-red-start", I get the following:

Have you looked at the install log? it provides more detail.
/var/log/nodered-install.log

Are node.js and npm the version reported ? What does node -v && npm -v report ?
Which version Pi is this on ?

In particular have you possibly previously installed nvm (Node Version Manager, I think)? There are node-red tutorials out there that suggest that, and it messes up the install script.

Apologies, I had other more pressing matters to attend to so I reloaded yesterday's (good) imagefile so I could get N-R back up.

I did look at the log but (as a rookie) couldn't make sense of it. I also tried to install the new version using the npm command and got something about broken dependencies.

I do remember the node.js and npm versions not being changed by the script, njs was 12.20x and npm was 6.14x.

Any words of wisdom on trying this upgrade again later?

What do these show?
node -v
npm -v
which node

Did you see the question asking if you have previously installed nvm?

In your circumstance as you are on a decent level of nodejs you could just run sudo npm i -g --unsafe-perm node-red@1.3.1 then restart it.

Colin, I had to do a DDG search for "nvm" as I had no idea what it even was. Now that I see what it is, it's not installed on my pi.

dceejay, I'll try your suggestion later and see what it does.