I'm building a new system from scratch to predominantly run node-RED, and needed a independently-powered HDD in preference to either a SD card, or a HDD sharing the same power supply as my Pi for resilience.

Whilst looking what external HDD's were available, a friend commented that they had ended their Sky contract - anyone want the box before it goes in the bin?
That seemed too good an opportunity to miss, as I knew that they contained a Seagate 500GB SATA 3.5" drive ....so the project started this afternoon. 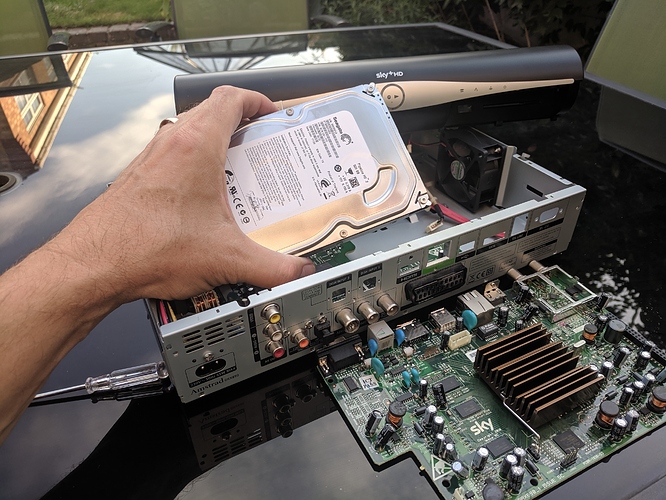 Removing the HDD was pretty easy, and only a small pozi screwdriver, and a sharp knife (to cut the cable ties) was needed. 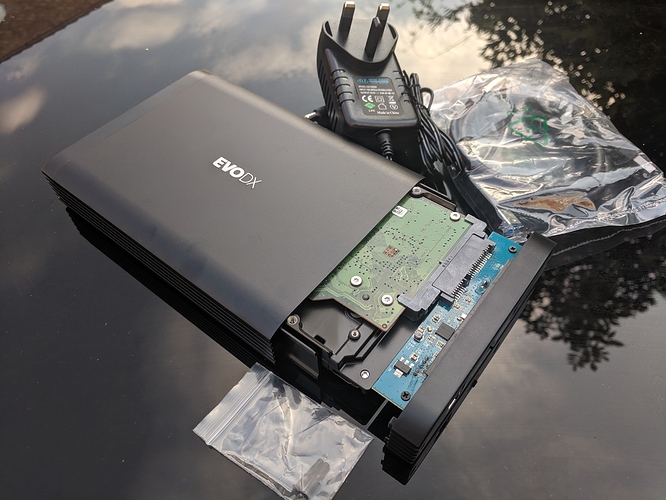 I purchased a 3.5" SATA USB3 HDD caddy from Ebay for £13, I chose this one because it's constructed from aluminium & vented so it should stay cool, although similar caddy's are available from AliExpress from £5 delivered.
The HDD simply pushes onto the caddy interface, and then 2 screws hold the lot together - very securely 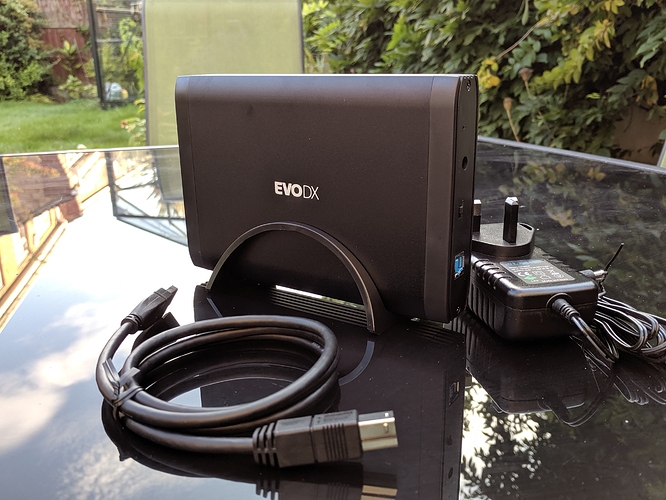 All done!
I formatted the drive, and then ran SeaTools on the drive for an assessment of it's condition, which came back OK, so next stage is to attach a Pi and install an image.

I did nearly the same thing with an old Virgin Media box a friend gave me. It also had a 500GB SATA drive drive inside, which is now inside my PC. It just seemed a shame to have to bin the rest of the hardware.

It just seemed a shame to have to bin the rest of the hardware.

It's hard, but you have to let go

My work room is overflowing with things that might come in handy one day....

The only problem is when I do eventually throw things away, I can guarantee a week or so later I will need the "said" item. Oh well, that's life I suppose. My wife keeps telling me... "you can't take it with you" !!!