Setting Subflow to Display as Just Icon by Default

Just a niggle-- but it would be nice if I could configure some subflows to default to just their icon appearance when added to the canvas rather than with their label. A behavior similar to what I mean occurs with the link in and link out nodes. When added, they default to just their smaller icon appearance, which can be changed by opening the node, choosing appearance, and checking the box to show (rather than how it defaults to hide) the label.

The option to do what I'm describing even appears to already be in place-- when editing the appearance properties of subflow templates this same hide/show labels control is available and can be set or cleared, but to my knowledge doesn't actually do anything? Or am I missing something? 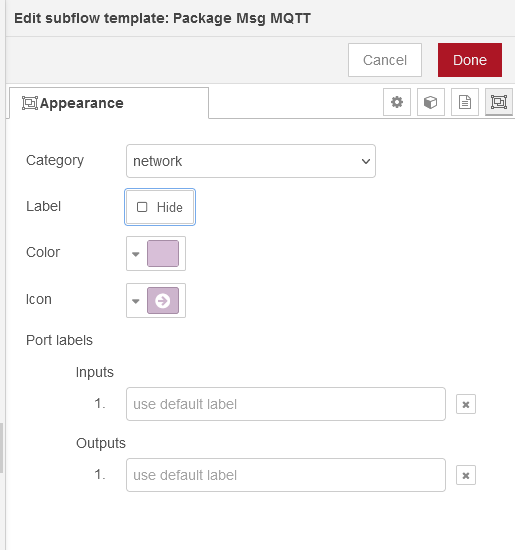