How to export / import a whole node-red project?

I programmed a pool control in node-red. Now I want to export the complete project to a new Raspberry Pi 4. I try to do this by exporting all flows and importing them again in the new RPI4. However, the dashboard is not imported. Thus, node does not know the nodes that are used as dashboard buttons.

The Node-Red Version on the old Raspberry is v0.20.7. On the new Raspberry runs the V2.2.2 version. Is that step to big for exporting and importing? 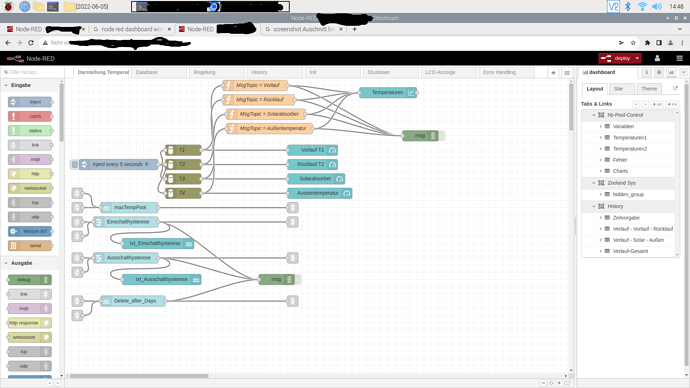 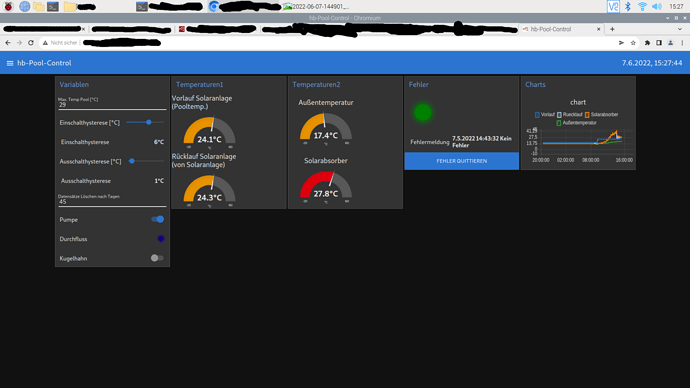 I really don't want to have to reprogram everything.
Do you have some ideas for me?

Thank you for your support.

did you tryed to export as Json file?

Sorry for that stupid question, but hjow does this work?

click the menu in top right corner -> export(ctrl-e)-> JSON -> download. Than you have downloaded the JSON file. I don´t know how to import on a Pi but in windows it is not that much difficult. Navigate to the .node-red folder on your file system (C:\user\userxyz.node-red) and save the JSON file in that folder. After that you open the settings.js file in the same folder and write the JSON file name in line 35 (flowFile:)

Please explain a little more about the dashboard and missing nodes. I have transferred projects numerous times using the explained process and it has worked perfectly every time. The one thing you need to do, or I have needed to do is make a list of all nodes in the project and when setting up node-red on the new pi make sure that all the nodes are there. I use, probably like most people, some nodes that are not in the core setup and as such they must be loaded individually. Yes, it's a pain and that issue has been raised numerous times on this forum but that's just the way it is.

All the nodes, which are placed on the dashboard are now unknown. 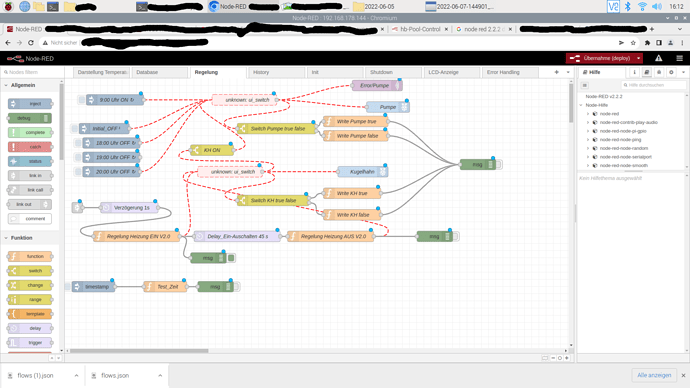 Is the node-red-dashboard loaded into the new Node-RED install? (ui_switch is part of that node.)

Oh, sorry I was sure to install the dashboard node th day before yesterday, but it was not listet in the installed nodes.
I will try to install the node again.

Another option (more complicated to set up, but good for mass deployments) is to use the projects feature. This allows you to put your flows in a git repo and will automatically install any necessary non-default nodes when you pull the project down on a new device.